Sgt. Jacob Solorzano became the first cop in the Bronx ticket-fixing scandal to be fired by the NYPD, according to news reports last week. However, the charges against Mr. Solorzano involved not spiking tickets but official misconduct.

He was charged “for allegedly faking an arrest during a car stop which was part of a sting operation by Internal Affairs,” the Bronx District Attorney’s Office said when indictments stemming from the probe were unsealed in October 2011.

Among the 40th Precinct cops he supervised was Police Officer Jose Ramos, the original target of the probe. Mr. Ramos also was not charged with ticket-fixing, but instead with involvement in drug-dealing, attempted robbery, attempted grand larceny, insurance fraud, and disclosing the identity of a confidential informant.

The investigation expanded when Detectives from the Internal Affairs Bureau heard discussion of fixing tickets on wiretaps authorized for the Ramos probe.

“The car stop was pre-arranged in order to facilitate the robbery of an undercover Detective whom Ramos believed to be a person interested in buying a van full of stolen electronics,” according to an announcement from the DA’s Office.

“…It is alleged that Solorzano was asked to fake an arrest and make it look real because Ramos had some undisclosed business to settle with someone. This incident took place while Ramos and Solorzano were on duty in full uniform, and was captured on video and audio recordings.”

Mr. Solorzano was fired after a department trial in September. The 20-year veteran also lost his pension, his attorney, Roger Blank, told the Daily News. He said his client would go to court in an effort to regain his job.

Mr. Blank said Mr. Solorzano was unable to attend the departmental trial because he was in an alcohol-rehabilitation program upstate.

Edward D. Mullins, president of the Sergeants Benevolent Association, emphasized that Mr. Solorzano’s case “had absolutely nothing to do with ticket-fixing. His driver [Mr. Ramos] was robbing drug dealers.”

“There’s a gray area there,” he said, noting that a Sergeant is supposed to be aware of wrongdoing within his or her command, even if he or she is not a part of it.

The ticket-fixing investigation was heavily criticized by police unions, notably the SBA. Mr. Mullins, a few months before the indictments were issued, called the practice “as much a culture of the department as arresting criminals.”

He said, “It’s hard to call such practices an act of corruption in a culture of extending courtesies to members and families within the NYPD since the day the very first summons was ever written…During my nearly 30 years in the NYPD, it has not been the least bit unusual to get calls from high-ranking department members where the summons was given to their family and friends as well as elected officials, members of the judiciary, business executives, celebrities, athletes, physicians.”

The 11 officers actually charged with fixing tickets were all current or former trustees or delegates of the Patrolmen’s Benevolent Association.

More than 200 officers faced department charges related to ticket-fixing. About 150 worked out deals that penalized them 30 vacation days or fewer, the News reported. 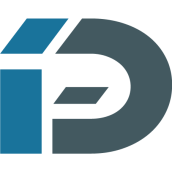